In this experiment, I set up Michelson interferometer to measure the frequency response of a commercial loudspeaker to high precision.

In a Michelson interferometer, a light source (in our case, a He-Ne laser) is split into two arms with a beam splitter. Each of those beams is reflected back towards the beamsplitter via a mirror, which then combines their amplitudes using the superposition principle. The resulting interference pattern is then picked up by a photoelectric detector. Because of the small wavelength of our light, this technique can be used to measure extremely small displacements, in accordance with the path length difference between the two arms.

I decided to mount one of the mirrors on the cone of my JBL LSR305 studio monitor that I use for mixing music. One of the main principles behind studio monitors is that the frequency response of the speakers must be as flat as possible so as to provide the most pure representation of whatever sound is being played. This is crucial for audio engineers who are dealing with very minute details in a recording. Typically, manufacturers of home stereo systems and other speakers go at great lengths to enhance audio quality by boosting certain bass, mid, and high frequencies. This renders normal speakers almost useless for audio production. 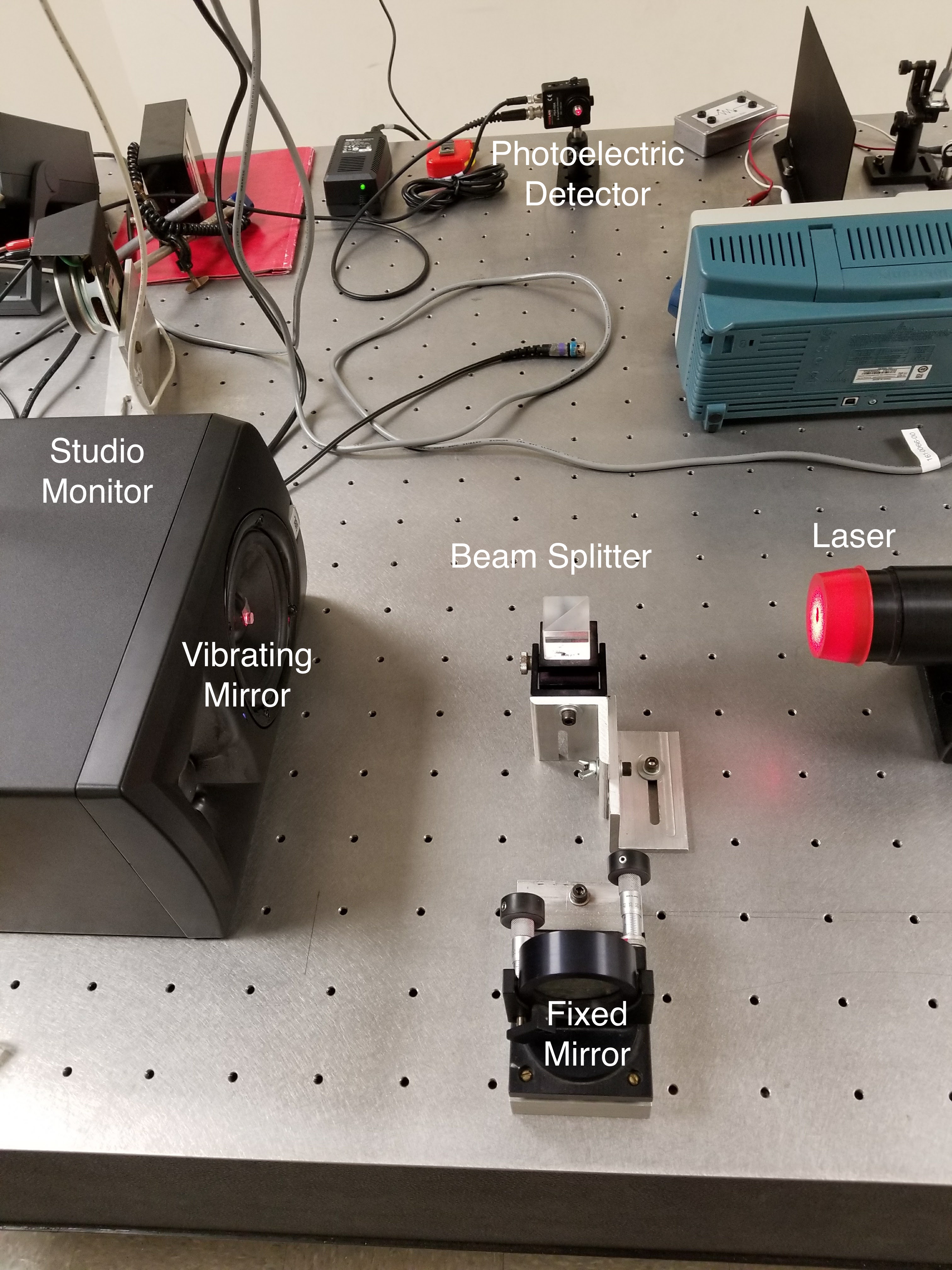 My proudest snapchat moment ever was when I set up a laser interferometer in physics lab to measure speaker cone displacement then played technotronic's pump up the jam and took data with an oscilloscope built by @tektronix pic.twitter.com/Tu06GeEF6M